Employer Branding in times of contingency The crisis will pass, but the employees will remain… or will they?

We are perhaps facing the greatest crisis of modern society, with consequences at all levels, and the social responsibility of each and every one of us is especially important now.

The effects of Covid-19 are having a major economic impact and we can only expect things to get worse over the next few weeks with the shut-down of a large part of in-person business, either by government enforcement, lack of demand, or lack of stock, due to the shut-down of some production chains for sanitary reasons, given the high concentration of people required at most industrial production companies.

On the other hand, humans being social beings and already in many countries being forced to alter their routines and deprived of various forms of normal interaction with others, we are beginning to see the psychological consequences in those facing this invisible enemy.

Unfortunately, in the area of Human Resources, we are not immune to this crisis and in a very short time, we have all become aware of organisations that just a few weeks ago were promoting slogans designed for magazines and social networks on the importance of their employees, and which are now pressuring them to sign off on changes to their employment contracts. Changes to reduce work hours, sending them straight home, reducing their wages, “friendly” rescissions with promises of future rehire, among other violations of labour laws and even what they claim represents their internal culture, expecting the weakest link to bear the brunt of this situation.

But what will happen when the crisis is over? What will be the motivation of the employees who are “leftover” when they establish that, during a time of instability, they were the first to foot the bill? Top talent will not want to work for a company that, in a time of economic and social instability, did not hesitate to shut out those they claimed to be their “most precious commodity”.

In these times of widespread uncertainty and anxiety, when companies, as an important piece of the pillars of society, are going to truly be put to the test, and a distinction will be drawn between simple resource managers (financial and human) and actual leaders.

We cannot ignore the financial impact on companies and bear in mind that, for some, reducing costs becomes their guarantee of survival. Nevertheless, contrary to what happened in past global financial crises, we are facing an unprecedented situation to which we don’t yet have the answers. That is why we need a new approach that seeks answers that are agile but not hasty, and to make creativity a weapon to overcome any obstacle.

Some good examples of creativity are some companies in the cosmetics and alcohol production industries that modified their production in order to also produce hand sanitizer, responding a market need, in the same breath demonstrating social responsibility and keeping their employees working.

As we can establish with the example of China, where this pandemic began, and which is beginning to slowly get back to normal, this is a momentary crisis that we will recover from after a few months (few, we hope).

On the positive side, we also find other companies that, in addition to seeking ways to diversify their business, are looking to make the period of reduced work flow profitable, investing in the development of their employees through various digital tools and platforms. The adoption of alternative measures that protect employees is crucial, not just so they can continue accessing consumer goods, thus minimising the impact on the global economy, but also as a way to maintain motivation and trust in the company so that, post-crisis, they work hard and diligently to aid in its fast recovery.

Now is the time for companies to truly stand by their employees, and the actions they take now will determine whether they will stick by them in the future. 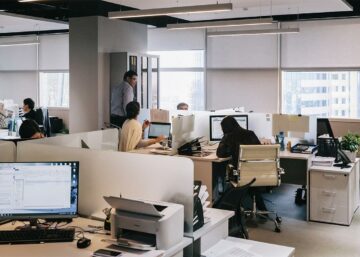 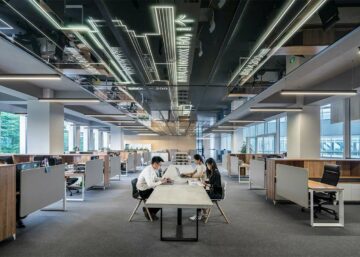 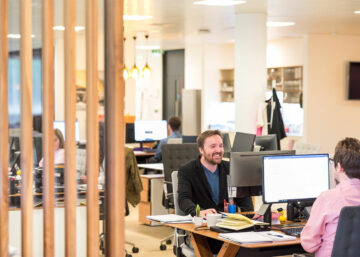